Live news cameramen (and women) often catch more than they intend in their shots.

We’ve all seen clips of television reporters getting upstaged by something unexpected in the background of their shots. In most of the cases I’ve seen, it’s good for a chuckle.

But the case discussed in Philippa Edwards’ article, “News Photographer Blasted for Staging Scene with Child in Brussels,” didn’t leave me laughing.

Edwards shared the story of a news photographer who was seen in the background of a live Fox News broadcast posing a little girl. The photographer uploaded the staged shot to his Instagram account and later removed it after coming under fire for breaching the ethics of photojournalism. 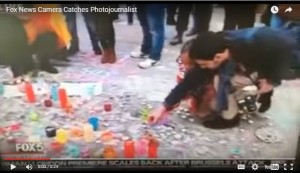 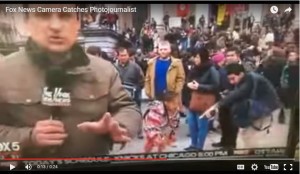 Photograph continues to direct child as he prepare to shoot the picture.

Today’s instant online world where an image can be shot, edited, uploaded, go viral and be viewed by millions of people around the world in the span of a few hours seems light-years removed from the film-and-darkroom world where my photography career began. And once a false image is out there, truth often takes a backseat.

Beyond the issue of staging shots is the ease of editing digital images, sometimes for mild enhancements and sometimes for serious misrepresentations.

In our rapidly-evolving digital landscape, seeing is not necessarily believing.

Plenty of photo staging and editing is accepted and even expected. When I’m shooting headshots and family portraits, my subjects expect to be posed in a flattering position and then for those photos to be retouched. We all know that most products and people seen in advertising photos don’t look that great in real life. These days, most people understand green screen technology, which allows photographers and videographers to superimpose their subjects onto virtual backgrounds.

Last year, I spent some time explaining photo editing software to our oldest grandson. I showed him how easy it was for me to take a picture I had shot that day of him at Kennedy Space Center and make it look like he was instead strolling down Winter Park’s upscale Park Avenue. I want him to apply some healthy skepticism to things he sees and reads. 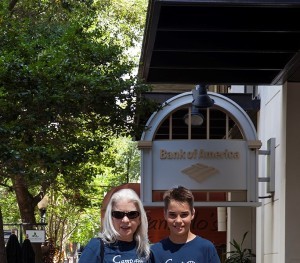 But when does photo staging and editing go from understood to deceptive?

Is it the photographer’s intent? Is it the way the image is used?

It’s not a black-and-white issue. It even goes beyond gray to a full spectrum of color representing circumstances we couldn’t even imagine just a few decades ago.

And it should make all of us very uneasy.