Book Review: Above the Fold

Book Review: Above the Fold

I don’t usually review romance fiction on our site, but when I was offered the opportunity to review a story about a young woman trying to make it in the newspaper business in the early 1900s, I couldn’t resist.

Above the Fold is a sweet historical romance with some mystery, crime and social commentary mixed in to keep you reading.

Suffragette and would-be journalist Elissa Tillman wants to continue her family’s newspaper tradition, but she must overcome the obstacles of being a woman in a time when female reporters were rare as well as operating in a business climate where print publications were struggling. Her childhood friend and adult love interest Cole Parker has achieved the professional success Elissa wants but needs to make amends for personal failures.

There’s an element of “the more things change, the more they stay the same” to this delightful, well-researched story as the characters face situations that we can relate to today.

Disclosure: I received a review copy of this book from the publisher. The opinions expressed are mine. 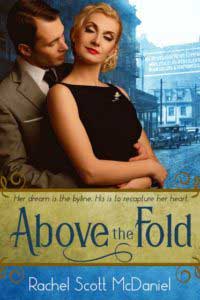 Confined behind a secretarial desk at her father’s struggling newspaper, Elissa Tillman longs for her father and the world to take her seriously—not just as a suffragette, but also as a full-fledged journalist.

Cole Parker regrets the day he’d abandoned Pittsburgh to chase a high-profile journalism job in New York, but now he’s returned to the steel city to amend his mistakes and win back the woman he once spurned.

The murder of a millionaire offers the perfect chance for Elissa to nab the headline and prove her skills. But there’s a catch. To get her story above the fold, she must compete for it. Her rival is none other than Cole Parker, the very man who shattered her heart. 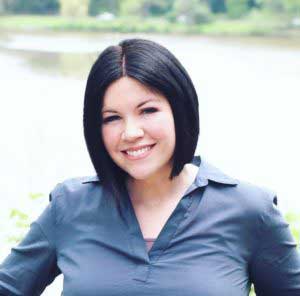 Rachel Scott McDaniel is an award-winning author of historical romance. Winner of the ACFW Genesis Award and the RWA Touched By Love award, Rachel infuses faith and heart into each story. She currently enjoys life in Ohio with her husband and two kids. Rachel can be found online at www.RachelScottMcDaniel.com and on all social media platforms.

What does the classic movie His Girl Friday, famous mystery writer Agatha Christie, and my husband’s grandfather all have in common? They were all used as inspiration for my debut novel Above the Fold.

His Girl Friday is one of my favorite stories. This movie captures the thrill of the newspaper world—that drive within the reporter’s heart to get the scoop, that hum of activity from the newsroom to the firing of the presses, and that inescapable pursuit to beat out the opposing paper. But what I loved most about this movie was the chemistry between the two main characters. They share a romantic history. In turn, there is major tension, but man oh man is there spark! So this triggered my creative mind. What would happen if I switched the roles and had the heroine be the one that gets jilted? What if I set this story in the 1920s when the profession of journalism was male-dominated? What if I add some more mystery? Cue Agatha Christie. 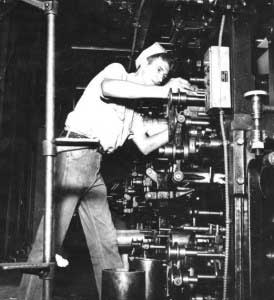 My husband and I love Christie’s Hercule Poirot and Miss Marple series. Did you know that she wrote over 74 books? That’s staggering to me. My mind reels at how intricate and varied all her plots are. My husband and I would try to guess who the murderer was at the beginning of a story and more often than not, we were wrong! On one particular night we were watching a PBS version of Miss Marple and an idea struck me. What if I changed my story to go this route? What if I made this person the villain instead of that one? The idea that came to me had nothing to do with the story we’d been watching, but one thing that’d been said flickered a light in me. I love it when that happens! And I also love it when I can incorporate pieces of my personal life into the book. This brings me to the biggest inspiration of the story—my husband’s grandpa.

Grandpa Jay Lewis had two loves in his life—his wife and the newspaper press. He’d started working for the local newspaper during his early teens and made his way up the ranks until he became the press foreman. Here’s a picture of Jay when he was in his early 20s. The hat shown was made of folded newsprint paper and worn to keep the ink from dripping on his head. But the expression in this picture says it all—the press was his happy place. He’d worked with the presses for over five decades, until he no longer had the strength. In 2004, he passed away, but his legacy lives on in the hearts of many. So in tribute to Jay and his great passion for the newspaper world, I included him in the cast of characters. I only hope I was able to capture his zeal.

So there you have it. Inspiration came to me in a myriad of ways, but they all worked together to bring you a story that I pray delights your heart. 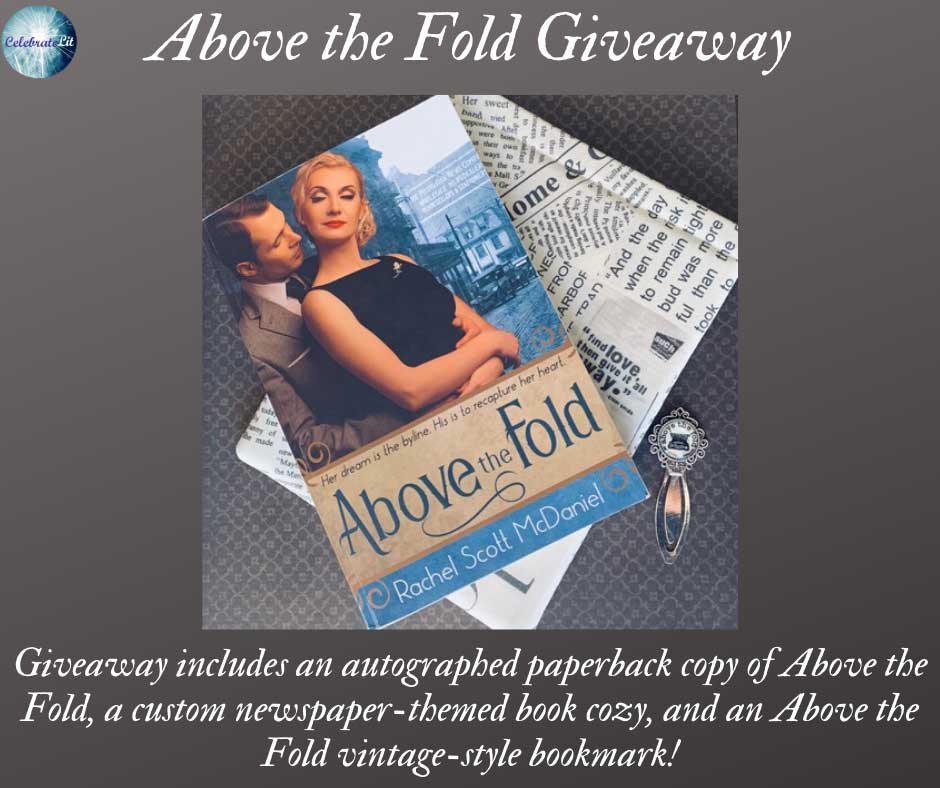 To celebrate her giveaway, Rachel is giving away the grand prize package of an autographed paperback copy of Above the Fold, a custom newspaper-themed book cozy, an Above the Fold vintage-style bookmark.

Be sure to comment on the blog stops for nine extra entries into the giveaway. Click the link below to enter.