If you know it’s going to be a busy day, get your nap out of the way first

I used to have a sign above my computer monitor that said, “If you know it’s going to be a busy day, get your nap out of the way first.”

When I was little, my mother never had any trouble getting me to go down for a nap. Even as a teenager, I liked to come home from school and take a nap.

Am I lazy? Not at all. Naps are good for you.

The National Sleep Foundation says that humans are hardwired to feel a little tired in the middle of the afternoon. According to a Pew Research Center poll, one-third of adults in the United States take naps.

Even better news: Naps are Biblical. 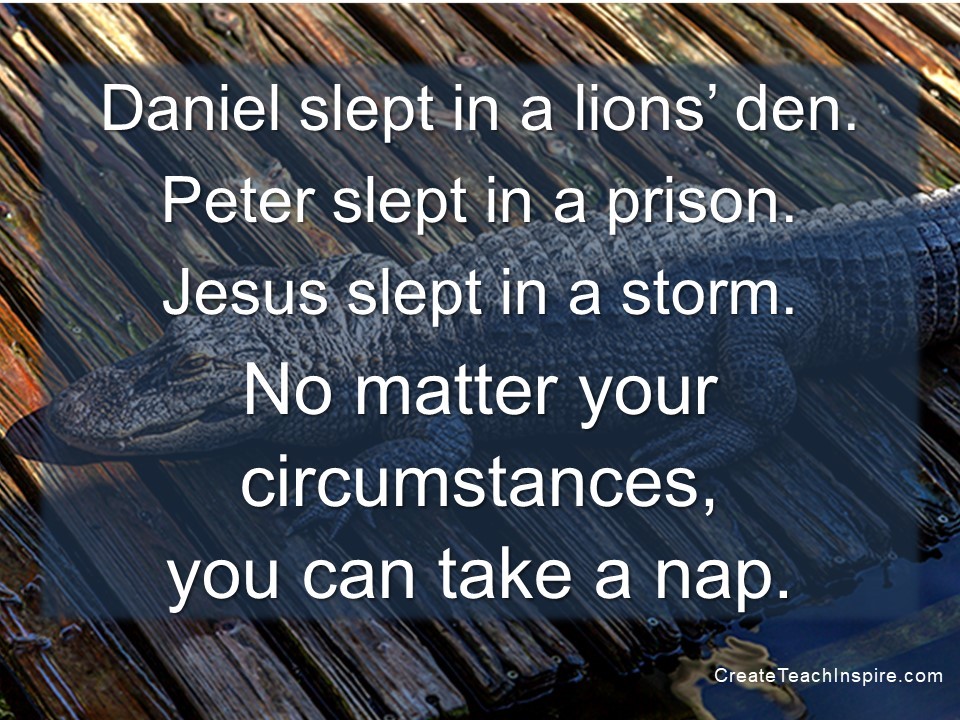 Okay, confession: I had to check several translations to find one that used the word naps.

Late one afternoon, after his midday rest, David got out of bed and was walking on the roof of the palace. As he looked out over the city, he noticed a woman of unusual beauty taking a bath. (2 Samuel 11:2, NLT)

We shouldn’t follow David’s example of what he did after his nap — just pointing out that he took naps.

Jesus knew the importance of rest.

It is useless for you to work so hard from early morning until late at night, anxiously working for food to eat;  for God gives rest to his loved ones. (Psalm 127:2 NLT) 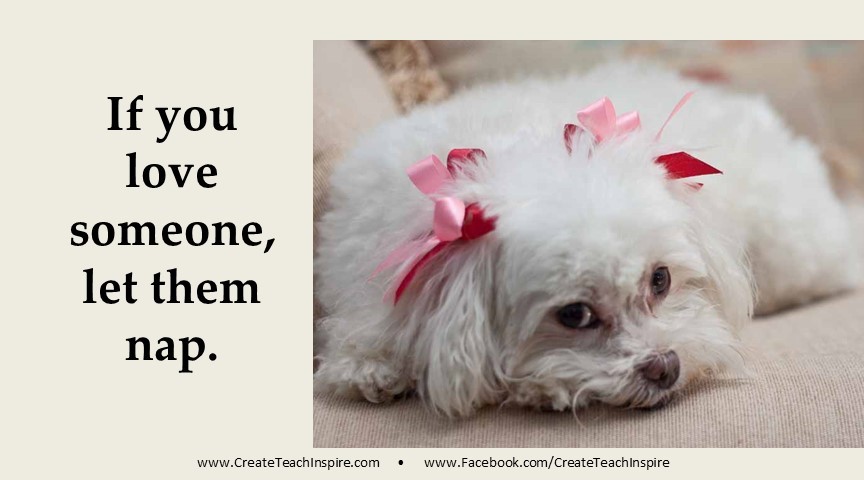 According to the National Sleep Foundation:

Naps can restore alertness, enhance performance, and reduce mistakes and accidents. A study at NASA on sleepy military pilots and astronauts found that a 40-minute nap improved performance by 34% and alertness 100%.

“Nature has not intended mankind to work from eight in the morning until midnight without that refreshment of blessed oblivion which, even if it only lasts twenty minutes, is sufficient to renew all the vital forces… Don’t think you will be doing less work because you sleep during the day. That’s a foolish notion held by people who have no imaginations. You will be able to accomplish more. You get two days in one — well, at least one and a half.” – Winston Churchill

So take a nap when you need to. You’re in good company.

Related: Why We Work and Rest