Excerpt: How to Survive an Active Shooter

Excerpt: How to Survive an Active Shooter

If you find yourself in an active shooter situation, you have four basic action options:

This excerpt from How to Survive an Active Shooter: What You do Before, During and After an Attack Could Save Your Life discusses the first option. 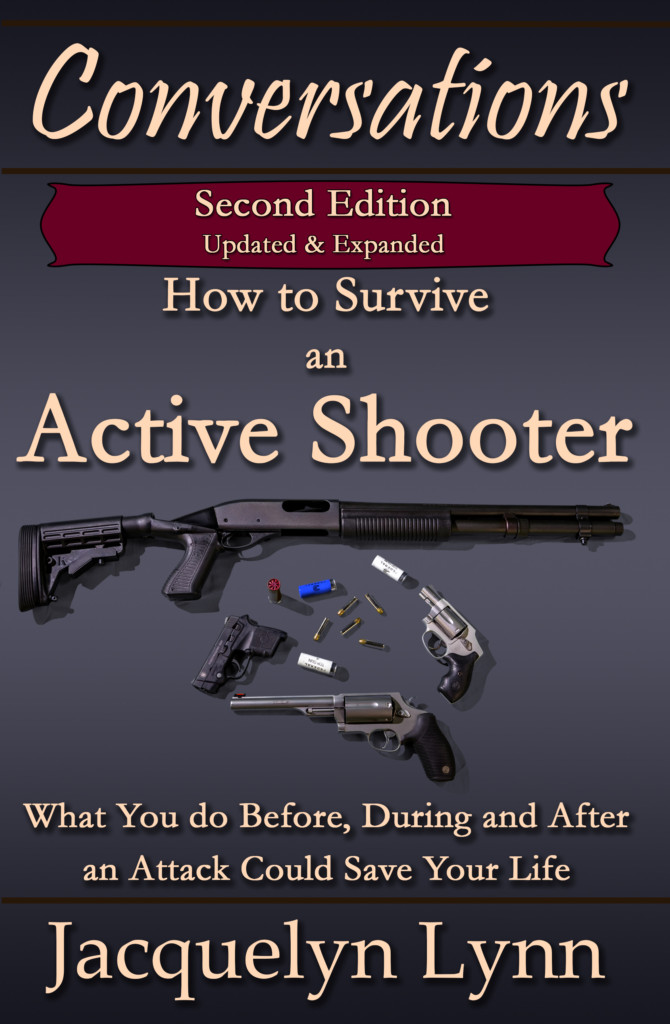 How to Survive an Active Shooter is based on an interview with a terrorism and security expert. My questions are in italics; his answers are in plain type.

Q. Let’s talk about the first tactic, which is to survive by running away.

A. Okay. As soon as you realize you’re in an active shooter situation, your first thought should be to flee. It should be flight. If you are a moving target, you are almost impossible to hit with a gun. Also why would you want to stand still, and thus volunteer to be the target of choice in a crowded room?

I’m sure everybody reading this has at some point sat in a restaurant or a bar and noticed that if a television is on, it doesn’t matter if it’s underwater pottery that’s on, you are going to watch it. The mind is programmed to pay attention to whatever is in motion. It’s part of the way the human mind works.

If you’re going to play dead, you’d better do it well. What is keeping you alive is the motion of others because that’s what the shooter’s attention will be drawn to. Somebody else will be that target, but it won’t you, though, because you’re not drawing attention to yourself, you’re not moving.

Q. He’s looking for motion. His eye is drawn to motion.

A. Yes. That’s what will attract him—motion.

Q. It seems almost cold-hearted and selfish to say that your first goal should be to not draw attention to yourself so that the shooter will focus on someone else. I think most people are going to have a hard time wrapping their minds around the idea that they need to take care of themselves first and that the person next to them may die but that’s just the way it has to be.

A. It’s the airline rule of “put on your own oxygen mask first” because if you’re dead, you can’t help anyone else. You hear this on every airline flight: When the oxygen masks drop, put on yours first then help those around you.

That’s the mentality here. If you’re alive, you’re either going to escape and be a witness or you’re going to stay and hopefully be a force for good in thwarting the attack. But you are useless to everybody if you’re dead. Put on your mask first, then put on the masks of those around you.

Learn more in How to Survive an Active Shooter: What You do Before, During and After an Attack Could Save Your Life.

Available in print and electronic versions.

Go here to order on Amazon.