This is a book about much more than abortion.

It’s about racism, politics, greed, corruption, crime, a system that failed to protect innocent victims and media that chose to ignore it all.

You may have a vague recollection of the trial of Dr. Kermit Gosnell. Among other “services,” he performed late-term (third trimester) abortions at the Women’s Medical Society, his clinic in Philadelphia. In 2013, he was convicted of three counts of first degree murder for the deaths of three babies that were delivered alive and then killed; involuntary manslaughter in the death of a woman who died after an anesthesia overdose during an abortion; and a host of other charges, including infanticide, conspiracy and running a corrupt organization.

The case caught the attention of veteran investigative journalists and filmmakers Ann McElhinney and Phelim McAleer, who financed their movie about Gosnell (scheduled for release in 2017) with a crowdfunding campaign. All of the information they uncovered while researching the movie couldn’t be included in the film, so they wrote a book that contains the full and horrifying results of their investigation.

Gosnell committed his atrocities in a filthy clinic. Two flea-ridden cats roamed the facility, leaving cat hair on all surfaces and using the floor as a litter box. A dirty fish tank in the waiting room contained illegal sea turtles. Instruments were not sterile. Equipment was outdated and in poor condition. Patients recovering from their abortions sat on dirty recliners, covered in bloodstained blankets, with no curtains or drapes for privacy or confidentiality.

The most horrifying thing about the situation was how it finally came to light: In addition to abortions, Gosnell was running a pill mill, selling prescriptions for narcotics to drug dealers. In 2009, an informant put Gosnell on the radar of Detective Jim Wood, an undercover narcotics investigator who was assigned to a joint federal and local task force set up to fight Philadelphia’s illegal prescription drug trade. The task force conducted a raid on Gosnell’s Women’s Medical Society abortion clinic in 2010. That raid led to further investigations and ultimately Gosnell’s prosecution and conviction.

During the raid, investigators found jars containing baby feet cut off of aborted fetuses. In refrigerators and freezers placed throughout the facility, they found remains of 47 fetuses, some in glass jars, others in empty water and milk jugs, cat food containers and juice bottles. And incredibly, during the raid, Gosnell performed a late-term abortion—an action allowed by an official with the Pennsylvania Health Department over police objections.

Let that sink in: Had Gosnell not been selling illegal prescriptions for narcotics, he would probably still be killing babies and injuring and sometimes killing women.

In Gosnell: The Untold Story of America’s Most Prolific Serial Killer, McElhinney and McAleer outline in horrifying detail how Gosnell hired totally unqualified people to treat patients, including administering anesthesia and other drugs; how he reused single-use instruments to save money; how many of the late-term abortions he performed were actually live births, after which he and other members of his staff killed the babies by cutting their spinal cords at the top of their necks; how his treatment of patients resulted in complications, disabilities and even death; how Gosnell (who is black) treated his white patients far better than his black patients; and more.

The authors reveal how this was allowed to continue for decades, even though complaints were filed with the Pennsylvania Department of Health; how the clinic was not inspected over a period of years; how a representative from the National Abortion Federation refused Gosnell’s application for accreditation, describing the facility as the worst she’d ever seen but failing to report conditions and probable criminal activity to authorities; and how prosecutors were pressured to reduce the number of murders they charged Gosnell with in order to avoid a spike in Philadelphia’s murder statistics.

When Gosnell’s trial began in 2013, the media treated it primarily as a local crime story. McElhinney and McAleer write:

“And it would have remained that way if it had not been for thousands upon thousands of Twitter and Facebook users and some savvy journalists in the new media world who embarrassed the old-line media into giving the trial the attention it deserved.”

Two weeks after the trial opened, “Wall Street Journal columnist Peggy Noonan tried to force the Gosnell trial into the national conversation on NBC’s Meet the Press.” Her efforts had little impact. It wasn’t until a column by Kirsten Powers in USA Today went viral that the story became too big for the mainstream media to ignore. Powers wrote:

“You don’t have to oppose abortion rights to find late-term abortion abhorrent or to find the Gosnell trial eminently newsworthy. This is not about being ‘pro-choice’ or ‘pro-life.’ It’s about basic human rights. The deafening silence of too much of the media, once a force for justice in America, is a disgrace.”

In addition to being thorough investigators, McElhinney and McAleer are skilled writers. You won’t even have to close your eyes to see, hear and smell the horrors of Gosnell’s ironically-named clinic. This is a story that should never have been allowed to happen, told in a way that you’ll never forget.

May Gosnell: The Untold Story of America’s Most Prolific Serial Killer be the tool for preventing a repetition of one of America’s most shameful crimes.

GOSNELL: The Trial of America’s Biggest Serial Killer is the film based on the book. It’s in theaters and available on demand and on DVD. 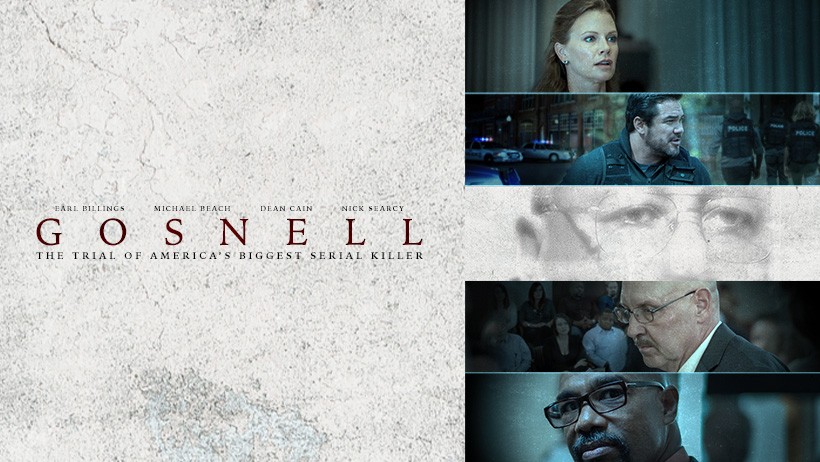 While the book contains clinical but graphic descriptions of what was found in Gosnell’s clinic and home, the film is not as visually graphic as I was expecting but it was still intensely disturbing. The filmmakers did not depend on gory images to shock but instead told the powerfully emotional story of people who discovered what was happening and decided to do something about it.

I recommend the film as highly as I recommended the book. Be sure to watch through the credits for actual photos of Gosnell’s clinic and home plus a video of him playing the piano as his house was being searched.

Go to Gosnellmovie.com for more information.