Something that’s been bugging me in particular of late is that reporters and commentators need to learn the difference between a protest and a demonstration when they are covering large groups of people who gather together in response to events.

Demonstration: (noun) A public exhibition of the attitude of a group of persons toward a controversial issue, or other matter, made by picketing, parading, etc.

Protest: (noun) An expression or declaration of objection, disapproval, or dissent, often in opposition to something a person is powerless to prevent or avoid.

What most reporters are calling “protests” and “protesters” are actually, in many cases, demonstrations staged by demonstrators.

After Baltimore City State’s Attorney Marilyn Mosby announced that six officers would be charged in the death of Freddie Gray, people gathered to celebrate the news. Most of the people I saw on television supported the decision, so they weren’t protesting, they were demonstrating. Yet reporters kept referring to them as “protesters.”

Closer to home for me, the same thing happened during the Trayvon Martin/George Zimmerman saga. People who gathered to peacefully show support for one side or the other were frequently called protesters when in fact they were demonstrators.

When I see news reporters making a mistake that is so simple and basic, I have to wonder what else about their report is flawed.

The one thing I agree with the PC police on is this: Words are powerful.

My message to reporters, journalists, anchors and commentators: Use words correctly so your message is clear and accurate.

*Note: both of these words have additional definitions. I shared the ones that are relevant to the point I’m making. 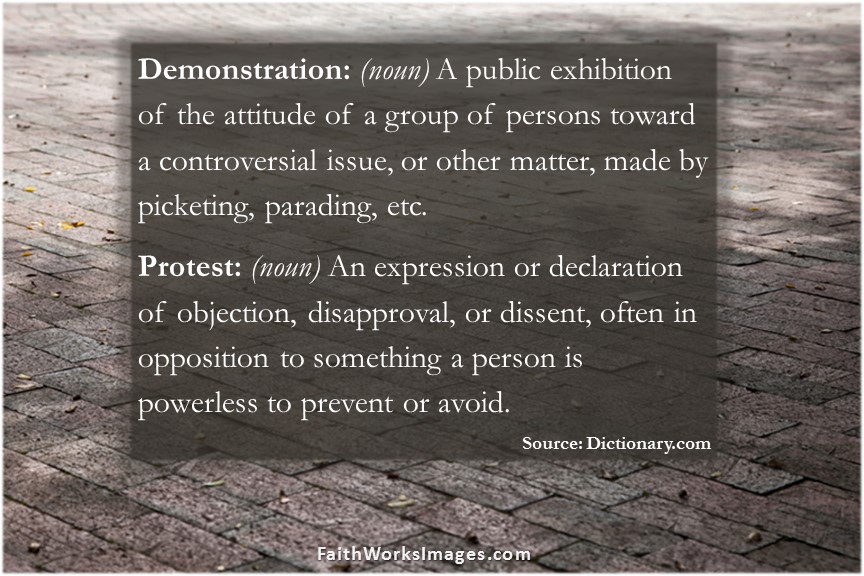