Turn It On: How to Be the Light

Have you ever felt shut out? Like the people you need or want to associate with weren’t interested in you?

Or, if you’re a boss, that the people who work for you don’t really care about their jobs or the company?

We’ve all felt that way—a depressing feeling because the primary vibe we’re getting from other people is dark. Often our response is to want to get away from them, but we can’t.

We could tolerate the situation until we can find a way out. 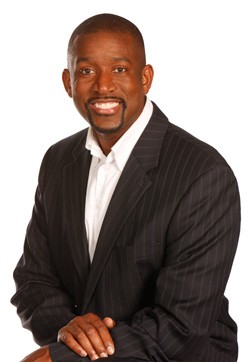 Darryl Ross, author of Be the Light!

Or we could try what popular speaker, trainer, and author Darryl Ross suggests:

When the people around you are floundering, when they need help finding their way, Ross says you can be the light they need. In a presentation to the Central Florida Christian Chamber of Commerce, he offered four action steps:

Ross says there are two kinds of awareness: self and social.

“Self-awareness is the ability to understand your moods and emotions, and how they affect other people,” Ross says, adding that most of us do a decent job of being mindful of our moods and feelings, but we drop the ball on how they impact others.

Social awareness is the ability to understand the moods and emotions of other people. “That’s empathy,” Ross says. “Having an awareness of yourself and others combined with recognizing how you come across to others will make a big difference in your organization.”

Ross says organizations typically have four types of people. He calls them STs:

Stingers are not excited about much. They’re the negative, glass-half-empty folks. “Don’t give up on stingers,” Ross says. “Sometimes they act that way because they’ve been through some difficult challenges in the past and they have their guard up.”

Strongers are the ones who get things done. “These are the type A personalities, the hard workers,” Ross says.

Standers, Ross says, have a unique talent. “They have the ability to put in an eight-hour day and not get anything done. They talk about everything but work. They’re fun to be around, but they’ve got to get more work done in the office.”

Stabilizers have broad shoulders and the ability to navigate through difficult situations. “Stabilizers have ownership because they have official or unofficial influence,” Ross says.

Why do businesses lose customers? Some die, some move away, some are influenced by friends, some are lured away by the competition, some try what you have to offer and don’t like it. Those reasons total about a third of customers who leave. What about the rest?

“Indifference,” says Ross. “Sixty-eight percent of customers leave because of an attitude of indifference from one employee. It just takes one, and the financial impact could be mammoth.”

Help the people around you understand the tremendous effect of indifference and discourtesy. Model and encourage the caring and concerned behavior you need in your workplace.

Apply the power of compassion and kindness

Compassion is defined as “sympathetic pity and concern for the sufferings or misfortunes of others.” Kindness is “the quality of being friendly, generous, and considerate.”

“Compassion is more of a feeling,” Ross says. “Kindness is an action. What are you actually going to do?”

Being kind doesn’t take special training and it often costs little or no money—it just requires awareness and action. The feeling of compassion is usually coupled with an opportunity to exercise kindness, to do something—so do it.

“Being the light is something we can all do,” Ross says. “Now is the time to unleash it.”

Books by Darryl Ross include Be the Light: How Positive Projection Builds and Inspires an Extraordinary Workplace! and Be Extraordinary! The Teenager’s Roadmap to Success (available on Amazon).

Your True Source of Innovation and Vision