There’s Nothing Wrong with Self-Publishing

There’s Nothing Wrong with Self-Publishing

As a self-publishing consultant and citizen, I was interested in the story about Catherine Pugh, the former mayor of Baltimore, who pled guilty to federal conspiracy and tax evasion charges in November 2019.

Here’s the lead paragraph from the Associated Press report of her sentencing:

The disgraced former mayor of Baltimore was sentenced to three years in federal prison Thursday [Feb. 27, 2020] for arranging fraudulent sales of her self-published children’s books to nonprofits and foundations to promote her political career and fund her run for the city’s highest office.

Almost every other article I read about this situation as it was developing mentioned that Pugh self-published her books—and often add that she did it poorly. I understand why reporters wanted to make that clear: It’s important for the public to know that no other entity, such as a traditional publishing company, was involved and that Pugh was receiving all the proceeds from the book sales.

That’s a key benefit to self-publishing: When you self-publish your book, you get all the revenue.

Pugh’s political fall began in March [2019] when The Baltimore Sun revealed she had entered into a no-bid deal with the University of Maryland Medical System, where Pugh sat on the board of directors, to buy 100,000 copies of her sloppily self-published “Healthy Holly” books for $500,000. She later resigned from the board and as mayor amid multiple investigations into her finances and the book sales. In total, she netted more than $850,000, prosecutors say.

At the same time, she failed to print thousands of copies, double-sold thousands more and took many others to use for self-promotion, according to prosecutors. Investigators also uncovered that she laundered illegal campaign contributions and failed to pay taxes.

It’s too bad that Catherine Pugh decided to commit a crime when she used a vehicle that has made it possible for so many aspiring writers to become published authors and, by doing so, she has cast a stain on the tool.

But there is nothing wrong with self-publishing itself!

In fact, there’s a lot right with it. Hundreds of thousands of authors have made self-publishing their publishing process of choice so they can get their message on the market and in the hands of readers.

If you’re self-publishing a book, it’s extremely unlikely that you’ll earn anywhere near $850,000 from it. But if you want to write and publish a book, there are a lot of benefits to self-publishing that you should consider. Just do it the right way. 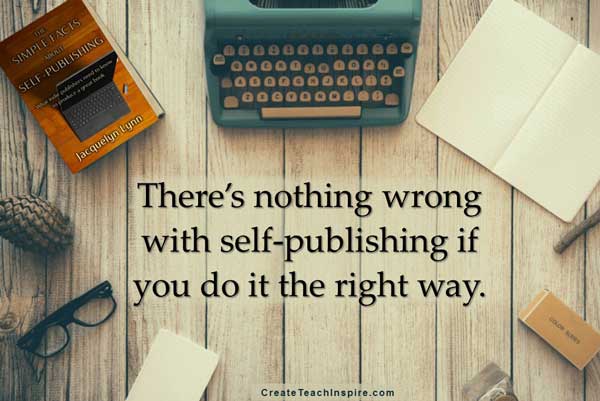