How Not To Handle an Interview Request

How Not To Handle an Interview Request

Several months ago, I met someone I thought would make a good source for a Conversations ebook on email marketing.

Conversations is our series of affordable ebooks based on in-depth conversations with leading subject matter experts.

This potential source was speaking at a business event I attended. (He uses speeches and seminars as lead generators.) Afterward, I introduced myself, asked him if he’d be interested in being a source and followed up with an email reminding him of our conversation. I also sent him the guidelines we have for our expert sources and the release form we ask sources to sign.

After some additional questions and answers, he asked me to schedule the interview for two months later due to his busy schedule. I wasn’t thrilled about waiting that long, but because I wasn’t on a specific deadline, I agreed. 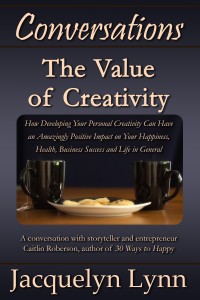 When I followed up a couple of weeks ahead of the scheduled time (after having done a significant amount of preparation), he said he needed to reschedule. The interview was pushed out another six weeks. Again, I wasn’t thrilled, but I was working on The Value of Creativity, a conversation with storytelling and entrepreneur Caitlin Roberson, as well as doing promotion for our first coloring book for adults, so I agreed.

As the second interview date approached, I again reminded the source that he had not yet returned the release form or responded to my requests for his input on the questions I would be asking.

Interviews for the Conversations series are different from traditional media interviews in that I show the subjects the questions in advance and ask for their input. We keep the topics tightly focused, but we want the interview to be as comprehensive as possible. It’s an opportunity for our subject matter experts to answer the questions their customers usually ask as well as to answer the questions they wish their customers would ask. All of that (and more) is in the guidelines I send to every prospective source before we finalize the topic and schedule the interview.

Just a few days before the scheduled interview, this source—who still hadn’t given me any input on the questions I would be asking him—decided he wanted to make changes to our standard release form. Those changes were not compatible with our production system—a system he had been informed about five months earlier.

I canceled the interview.

This is a classic story of what not to do when a member of the media asks to interview you.

Unless you’re an A-list celebrity, being difficult and demanding is likely to get you tossed aside in favor of a more cooperative source. Most A-listers know the value of working with rather than against the media. Playing the role of prima donna brands you as an amateur and gets you crossed off media source lists.

This experience prompted me to post “A Guide to Media Interviews.” If you’re trying to get exposure for yourself or your company, it’s worth reading.

And if you have an idea for a Conversations ebook, let me know.